“No one thinks twice when they see you on Twitter at work,” he said.

“Farrah Abrahams ― you know, from ‘Teen Mom’ ― is doing a cam show for us tonight. I won’t say how much we’re paying her, but it’s a lot and much of that is because of her massive social media following.”

Cory Chase, who starred in the video “liked” on Twitter by Cruz’ account, was not happy that the Texas senator ― or whoever it was who liked the video ― watched it without paying.

“He pirated that video,” Chase told HuffPost on Tuesday. “He should have paid Reality Kings for a subscription.” 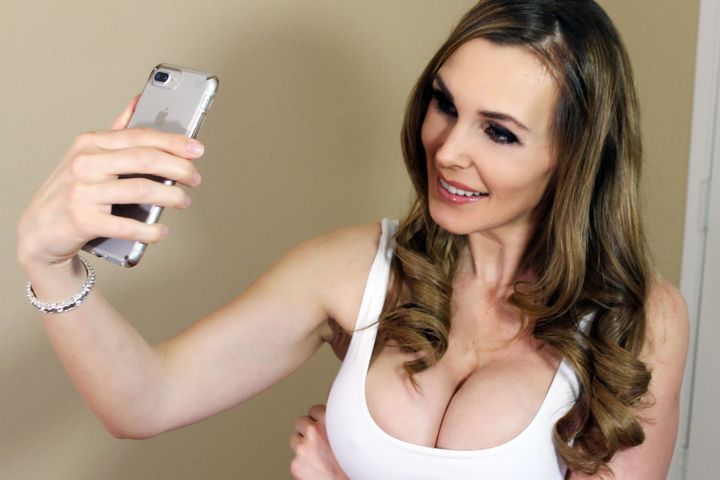 “I will post trailers, but leave something to the imagination,” she said. “And I watermark it in case it’s stolen. And I will send cease-and-desist letters in some cases.”

“For me it’s all advertising,” she told HuffPost by email. “People aren’t posting 40 minute scenes on Twitter. For the most part they’re posting small GIFs or clips that last only a few seconds, and when those clips get attention, they, for the most part, are capable of leading consumers back to my product.”

“Twitter is not so much a gateway drug as one of my only reliable ties to the outside world from the more sequestered island of adult.”

“There is a sort-of gray area with Twitter’s acceptable use policy,” she lamented. “One day, adult content is OK, the next day someone is talking about cleaning Twitter up. Then the day after that, they’ve dropped the conversation completely.”

She added, “This leaves us vulnerable to losing valuable accounts if there is an overnight overhaul on the sort of content that is and is not allowed.”

“It’s almost like the difference between silent movies and talkies”, he told HuffPost in an email. “Before Twitter, there was very little interaction between the stars and fans, save for an occasional interview or live event.”

“I mean, we’re not thrilled about having our product appear right next to Donald Trump, if that’s what you mean.”